My editor/mentor/hero, Jason Scott, has been a busy guy. In fact, this week we've BOTH been burning the midnight oil editing for Going Cardboard. He's been working on the film itself, and my assignment was: do the trailer.

It was quite daunting at first. Trying to encapsulate the whole film into 2 minutes or so, and doing it in the fast-paced flashy way that trailers do is, I want to say, arguably much harder than making the film itself. Well, the rough cut anyway.

I knew conceptually what I wanted to do. I wanted it to start out slow and peaceful, and evoke the memories most of us have of playing board games as kids. Serene and nostalgic. And then, I wanted to kick off rocking music, and WHOAH, look at board games today! Rawwwr!

So I spent a few days searching for just the right music to do that while I started throwing bits of this concept together. It was quite a struggle, until I hit on exactly the music I wanted. I knew basically right away this was the right track. And once I had that, the rest of the trailer really fell in line. The final result has the feel I wanted it to. I hope you like it!

(here's the YouTube link)
Posted by Unknown at 7:05 AM No comments:

Hair of the dog that bit me 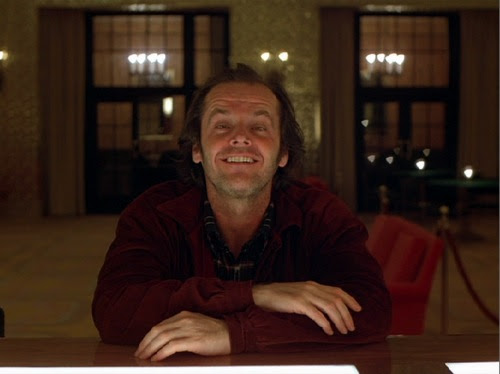 So, if you wake up groggy from a precious few hours of sleep after a late, late night session working on your documentary (and believe me, you pretty much look like this), what do you do? Grab a coffee and get back to work!

Last night after working on the trailer and reviewing Jason's latest cut of the film, I went a step further. I've got two bonus sequences (and a bit in the movie) that talk about Avalon Hill. Eric Martin was kind enough to loan me some early Avalon Hill games a few months back, so I have cutaway shots of those. But one sequence in particular talks about Avalon Hill's newsletter, the General. I didn't have supporting images for that one, and though one might argue, "It's just a bonus segment, it doesn't have to be as fancy as the feature film!" I wanted something.

Luckily, the crowd over at boardgamegeek.com came to my rescue. I reached out to two members there, and just my luck, one of them happened to have been a former Avalon Hill employee! They were both happy to help out (as were several other BGG members before them, for random images here and there).

Supporting assets MAKE a documentary. These guys will be credited in the film, of course, but when you're watching the film and its bonus sequences, you have Rodger MacGowan and Thom Denholm to thank for the great Avalon Hill images.
Posted by Unknown at 5:26 AM No comments: