I recently created a profile on Kickstarter.com, a site for independent projects in search of funding.

Check out the Kickstarter page! Warm and enthusiastic comments are as welcome as donations.

They recommend a video be attached to the project, and I agree, 100%. I'll see what I can do about that! :)

I have no idea where this will go, but it reminds me of a story:

A man down on his luck prayed to God every night for a break. "God," he'd pray, "please let me win the lottery!"

Night after night he'd make the same request, but every day, he'd come home roughly as penniless as the day before.

One night he just couldn't take it anymore. "God," he said, "have you forsaken me? Why won't you answer my prayers!?"

And a booming voice replied, "Would you BUY A SCRATCH TICKET already????"

Posted by Unknown at 2:02 PM No comments:

At long last, Catan for iPhone!

The highly anticipated Settlers of Catan iPhone game, an exact replica of the original board game, is almost here! Intuitive controls will allow you to manage your settlements with ease – but do you have what it takes to beat the clever AI opponents? Each of them challenges you with unique tactics. A comprehensive tutorial will be included to allow those who are new to Catan to get into the game quickly. In addition, organized and in-depth stats will offer valuable insight for players of all skill levels.

This is set for launch in October, not sure of the date, but I'll be getting it. Doesn't sound like it will have multi-player, but the nice thing about iPhone apps is, they can evolve over time. For now, I can't wait to be able to play Catan on the go!

Posted by Unknown at 6:12 AM No comments:

I'm about to start editing. 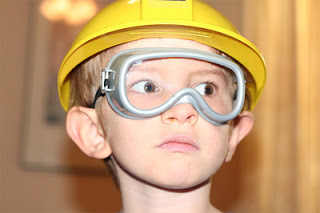 But first, safety. Each time I flip the switch on that external hard drive, that precious home to the fruits of many hours' labor and the sum total of Going Cardboard's assets, there's a teeny chance something might go wrong. It's a very small chance, mind you, but editing's going to have me flipping that switch a lot more often. So, before I embark, time to back up the data.

It's already hundreds of gigabytes, and while hard drive space is not THAT expensive, it isn't peanuts. Luckily, a friend had a great recommendation for how to economically back up large amounts of data: this handy, dandy SATA HD Docking Station!

It slices, it dices, it lets you plug bare hard drives in and throw data right onto them.

I bought this thing quite a while ago, but last night it finally came out of the packaging, along with a bare 1 TB hard drive (wow, so heavy). It's not just plug and play and that's it, but the setup walkthrough in the manual was crystal clear, and in minutes I had a new hard drive up and was copying footage to it. I'm going back to newegg today to add a review, because it was a great user experience and they deserve it.
Posted by Unknown at 6:13 AM 3 comments:

An interview with Wired!

So Jonathan Liu over on GeekDad was intrigued enough about this documentary thing want to find out more. And boy, did HE get an earful! :)

Lorien Green is a GeekMom: she’s got two young kids and her geek credentials include meeting her husband through Magic: the Gathering and her love of “geekumentaries” like “King of Kong.” Plus, she’s a sucker for zombies. She decided to combine her love of board games with her love of documentaries and is currently making “Going Cardboard,” a “geekumentary” about board games and the people who love them.

I did an e-mail interview with Lorien about “Going Cardboard,” board games, and her desire to be a Cylon. I also have the audio of a follow-up phone interview, where we talk more about board games, zombies, and juggling a full-time job, parenting, and shooting a documentary. Listen to it here.

You know, I never really thought of myself as a GeekMom, but when HE says it, it sounds kinda cool! I mean, I guess a Mom who makes her kids sing Frodo of the Nine Fingers as T-Pain...or doesn't really have to MAKE them...which is even more incriminating...

Email ThisBlogThis!Share to TwitterShare to FacebookShare to Pinterest
Labels: GeekDad

I've been disgustingly busy at work for the past month or so, but the following article just caught my eye:

Walmart Adds 'Family Night Center' in All Stores for Creating a Night of Activities...

BENTONVILLE, Ark., Sept. 10 /PRNewswire/ -- Responding to moms' rising
interest in more affordable entertainment activities at home, Walmart is
featuring a new "Family Night Center" in all stores this month. The area aims
to help customers find new ideas for memorable family time activities and
savings on popular items from Hasbro and Disney among others in a convenient
"one-stop" area.

Now, at first I thought they meant they were actually setting up tables for people to come play at, and that was a LOT more intriguing than the reality. This is just another marketing tactic to push their existing products for people to buy and take home.

It mentions that board game sales are up 10% for the first half of 2009 vs. the same time period for 2008. I like that Walmart is putting a focus on board games as a family activity, but I question how much of that sales bump was a result of Chutes and Ladders vs. Catan and friends, who, at least in this article, have been left out in the cold like Sneetches with no stars on their bellies.

What's it going to take for designer games to get an invite to the party? They're certainly more mainstream than they were even just 6 months ago, in my opinion.